The Taste Of Pomegranate LP 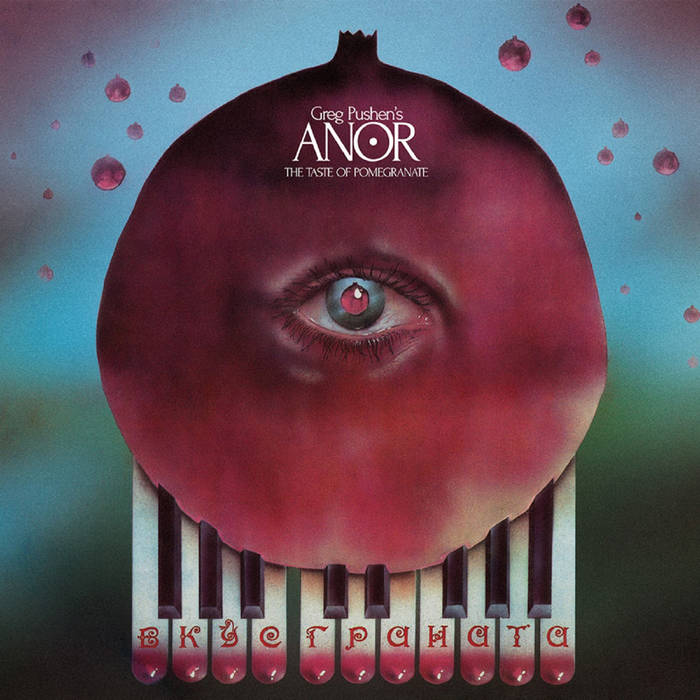 Soviet Grail presents an extended official reissue of the “The Taste of Pomegranate” LP by the Uzbek jazz-rock and fusion band Anor led by maestro Gregory Pushen. Pushen’s name might be familiar only to the most enthusiastic diggers and collectors, since he was one of the members of the early lineup of Yalla vocal and instrumental ensemble.

This full-length album was originally released in 1988 and was produced by the republican division of the Soviet recording giant Melodiya. By old standards the circulation was very small: various sources claim that the total number of printed copies did not exceed 2000. This explains why it’s so hard to find “The Taste of Pomegranate” on the current market. Looks like the first print run still graces the collections of jazz-rock and oriental flavored jazz admirers! It took quite a long time for us to prepare this reissue. First, we had to locate the leader of the band Gregory Pushen (who currently resides in the state of Philadelphia, USA), and then search for the original master tapes.

Fortunately, we’ve managed to not only do that, but we also have stumbled upon what we hadn’t been looking for! Currently our team has a copy of the band’s recordings when it performed in the city of Tallinn. On this tape we have differently arranged compositions from the album along with live improvised parts. Obviously, this had to be published, and that’s why Tallinn recordings will be issued as a separate 10". We’ll keep you posted about this release in our upcoming announcements.

This reissue was prepared on a classic 140g black vinyl in an updated full-color glossy cover. It includes an insert with archival photographs, Gregory Pushen’s interview, information about the band in Russian and English. The mastering was done from the original audio recording copy. The circulation of this reissue is 250 copies.

Soviet Grail expresses gratitude to Gregory Pushen, leader of Anor ensemble, for his active assistance in the reissue prep activities, and also for the provided memoir materials and archival photographs. (Only three photos remain depicting those times, but they are darn good ones!). But then again, folks, you’ll see everything yourself in a short time!